Invention That Changed The World

Not long time ago, computers were about the size of a room, costing about a million dollars and were carried around with the help of a truck. Fast forward, IBM has recently unveiled the world’s smallest computer of size 1 mm x 1 mm.

That’s how transistors have revolutionized the world of electronics that no other device has. After all, we are able to place about a million transistors in a square centimeter.

Transistors are found everywhere, from phones to computers to televisions. In fact, you will find billions of them. Transistors are atoms of modern-day computing, combining to create the logic gates that enables computing. The invention of transistors in 1947 opened the gate to the information age.

The type of tube employed in early computers was known as a triode and was made-up by Lee De Forest in 1906. It consists of a cathode and a plate, separated by a control grid, suspended in an exceedingly glass thermionic vacuum tube. The cathode is heated by a red-hot electrical filament, that causes it to emit electrons that are attracted to the plate. The electrode within the middle will control this flow of electrons. By creating it negative, you cause the electrons to be repelled back to the cathode; by creating it positive, you cause them to be attracted toward the plate. Thus, by changing the grid current, you can control the on/off output of the plate.

Unfortunately, the tube was not efficient as a switch. It consumed huge amount of electric power and gave off enormous heat because of which they became highly unreliable. In larger systems, one failed in every hour or so.

Because of this, research in semiconductor material fully ramped up, with Mervin Kelly over at Bell Labs putting up a team together to create a solid-state semiconductor device that would replace the vacuum tube.

They began the experiment and were able to make a device from strips of gold foils on a plastic triangle, all of which got pushed down in a slab of germanium. It had three points, the emitter, base and the collector. A positive electrical charge on the emitter would increase the conductivity of the germanium just below the collector point, which would then amplify the output current that flowed from the base.

But in 1954, there was an urge to replace germanium as the semiconductor material because of it’s low melting point and less reactivity and in the late 1950’s, interest grew in using silicon instead of germanium because of its larger band-gap and the existence of stable silicon oxides.

Silicon research began in Bell Labs  where Gordon Teal and Ernie Buehler were growing crystals with added impurities to make the first solid-state diodes. There was some problems with Silicon because it had very high impurities. But finally Texas Instruments were able to make a NPN or PNP junction transistor with the help of Silicon and finally it became affordable form a manufacturing perspective.

Since then transistors are used in different applications and the size of transistors has also reduced because of improvement in technology.The reduction in size is so much that the first Intel computer chip had 2300 transistors in it while the latest one has 820 million. Moore’s law states that the number of transistors on a chip would double every two years which is followed even now!!

We should thank the inventors of transistors for making our lives easier. 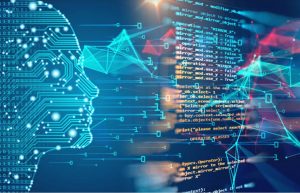