The Dirty Side Of Clean Energy

Renewable energy, the next big thing, the savior of mother earth and humanity. Why?

Well, as the name suggests; it’s clean, safe for the environment, and emission-free. In a way, it’s free energy and a gift to humanity. Or is it? I, too, thought the same of renewable energy until I stumbled upon an intriguing article titled, “The effect of wind farms on the hunting habits of the Black Kite”. ‘How dare anyone oppose my favorite form of energy production?’, I thought. I clicked and was introduced to the other face of the coin, and it wasn’t pretty.

With all these names like, clean energy, renewable energy and green energy, one may find it very difficult to accept the fact that these forms of energy production can actually do any harm to the environment. I mean, it is green energy after all. Green equals good for the environment, right? Well, that equation doesn’t always hold up, as we will find out soon.

Wind energy. Harnessing the energy in the wind using wind turbines. You may be familiar with the picture of tall white towers on vast landscapes with rotating turbines. Those are wind turbines and they generate electricity. So what’s the problem with these wind turbines, you ask? One problem is land to power-production ratio. Wind turbines need a large amount of land because individual turbines need a distance of 3-4 rotor diameters between each other. To produce one MegaWatt of power, around 30 to 140 acres of land is required. Coal power plants require far less space for far more power production. The land these wind turbines occupy can be used for agriculture but the procedure is difficult and their noise makes it difficult to work long hours directly under them. Another problem is the effect these wind turbines have on birds and bats. Deaths due to the collision of flying animals with the rotors are negligible. However, that’s not the problem. Birds hunt prey on the ground by swooping in from high altitudes and catching their prey by surprise. Wind turbines don’t allow them to do so,  greatly affecting their ability to hunt. This increases the population of reptiles and other prey of the birds and decreases the population of the birds. Now, those of you who have studied ecology will understand how this problem is bigger than it seems. The food chain is disturbed, and the health and balance of the general ecosystem are greatly harmed.

Solar energy has similar problems when it comes to land. Our current PV technologies aren’t very efficient at harnessing energy, which means we need space. A lot of it. Solar farms occupy a large amount of space. Space cannot be used for agriculture, or anything else. And the problems don’t end here. Animals living in the area have been greatly disturbed by solar farms. The reflective nature of some solar panels have been known to melt the wings of several birds. Many other animals like the Burrowing Owl and the desert tortoise lose their homes, and their populations are depleting rapidly in and around solar farms.

In conclusion, no one has more faith in renewable energy than me, however, it is important to examine both faces of the coin and address the problem at hand. A lot more research is needed if we really aim to use solar and wind energy as a permanent alternative to fossil fuels. The environment must be addressed and insured safety. Only then can we completely justify the term green energy. 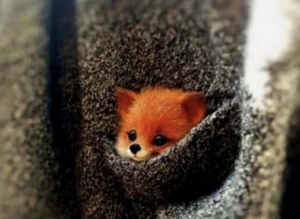 How Do Clinical Trials Work?