Design and Analysis of a Drag reduction System

The project required the use of a suitable modeling software for designing the drag reduction system. We used Solidworks for designing and modeling the system. The design parameters were obtained from the latest F1 guidelines and features. The model designed is shown below: 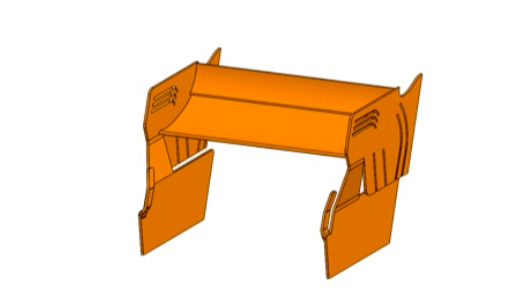 On deploying the DRS system, a button is pressed and an opening is created that allows air to pass through it and thus reducing air drag. The DRS enabled model is shown below. 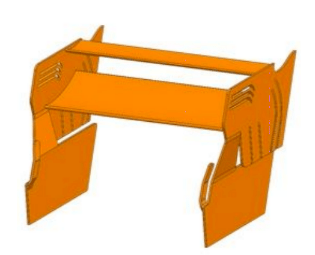 Now analysis of the percentage reduction in downforce and drag force due to this feature being deployed was calculated.Using Solidworks itself we can calculate the downforce and drag being experienced by the 3D model. Vehicle top speed considered = 360 Kmph The results obtained are shown below:

The project aimed at developing a DRS system as per the guidelines and analyse the percentage reduction in the forces acting on the vehicle . The analysis showed that the downforce and drag force were considerably reduced using this system in an F1 car.
Thus, the reduction in downforce is a cause for concern in curved roads or turns but in straight paths the downforce is not a huge cause for concern and the reduced drag increasingly helps the driver to obtain higher speeds.
This is the reason the feature is only allowed at certain positions on the racetrack.

The project can be further improved by performing a dynamic analysis of the DRS system in similar conditions typically experienced in the racetrack and observing the changes in drag forces and downforce.