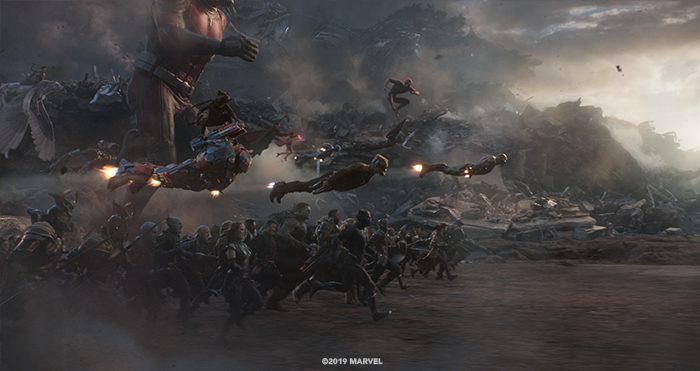 Through Marvel and DC Comics, we have fantasized obtaining cool superpowers to defeat the bad guys. Well, The Infinity War and The Endgame had brought multiple tragic deaths to our superheroes, the latest being the Black widow and the Iron Man. We have even gone through intense emotions while watching these movies and even in real life to some extent(Remember the recent Sony-Disney Spiderman deal).

So, What if we have all these cool superpowers in our control? At the beginning of the comics, most of the readers thought we can achieve these superpowers in our dreams only, yet with the current technological advances across the world, this feat is not far from reality. So let’s find out some of the technological advancements made to bring the comic superheroes to real life. 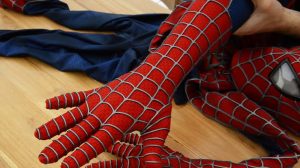 Ever wished you could scale walls and buildings as easily as Spider-Man? Thanks to the efforts of researchers, there may come a time when this superpower is made available to the masses. No radioactive spider bite required. Scientists at the University of Massachusetts Amherst, inspired by the gecko and its remarkable powers of adhesion, have developed a thin fabric capable of sustaining a high load on a vertical or overhanging surface. According to the UMass team, a piece of Geckskin about the size of an index card can easily hold a maximum force of 700 pounds suspended
from a piece of glass. Even more remarkable, the fabric peels off easily when not in use and leaves no residue behind. As you can see in the following video, Geckskin can be used on everything from painted walls to wood and metal.

Imagine the armor which is thin, lightweight, yet upon impact, the sheets of this material absorbed twice as much impact as Kevlar, the material commonly used in bullet-proof vests, and did ten times better than steel. Introducing to the Blog Readers, the material Graphene which is an allotrope of Carbon, a 2D-Structure consisting of Honey-Comb Structures. It is many times stronger than steel, yet incredibly lightweight and flexible. It is electrically and thermally conductive but also transparent. It is the world’s first 2D material and is one million times thinner than the diameter of a single human hair. And they can Make a 4F Capacitor with the use of this coating. You can Further Knowledge about Graphene from the links and Videos below.

Turns out, If you look at any field, You would see that Graphene is either employed as part of their products or a unique function (For example, they are able to make a 4F(3.95, actually). Capacitor using a single layer occupying an area of 1cm sq.) or research is going underway to increase the efficiency of their products as its availability is becoming cheap everyday.

Iron man’s exoskeleton is most likely made out of a nickel-titanium alloy called Nitinol. Nitinol is light enough to not weigh Iron Man down as he’s flying around in the sky, and it can be reformed after sustaining damage. Nitinol is a metal Alloy and is highly flexible, stable lightweight and strong, which can recover after sustaining damage. As for the design of the suit, far more complex designs exist today, so it would be easier to design it, considering advancements in 3D printing and design processes. And we are quite close to it, with a flexible and brilliantly designed 3D printed Iron man suit already been made.

Those thrusters at the bottom end of the suit are one of the most important of all elements, which provides vertical and horizontal lift, as per the orientation and are intelligently designed, thus giving propulsion to Iron Man. Why intelligently, so that when our Tony’s is off on a drinking spree, he doesn’t crash hard on the ground! And that would require some expensive sensors and data processing.

The main problem that comes with these thrusters is their activation and deactivation. They have to be activated by mind control by the suit bearer, a technology that would take a decade or two to be as efficient as shown in the movie. Though it’s been extensively worked upon as you can see here- Scientists Have Invented a Mind-Reading Machine That Visualises Your Thoughts.

The alternatives for now- Voice control and Facial detection. Thrusters make use of rocket science and flight dynamics to provide the lift in which the suit needs to stay afloat. They burn the fuel, “spit” the energy out and get pushed in the opposite direction. What here we are concerned with is what should be the fuel, AKA, the power source.

While the artificial intelligence of assistants like Alexa, Google Home, and even a robotic Albert Einstein are impressive, what we’re looking forward to are the A.I. systems present in today’s best science fiction.

Go ahead and count Facebook CEO Mark Zuckerberg as someone who feels the same way. For the past year, the billionaire has been on a mission to build his own home-based A.I. system nicknamed Jarvis.

“I’ve built a simple AI that I can talk to on my phone and computer, that can control my home, including lights, temperature, appliances, music, and security, that learns my tastes and patterns, that can learn new words and concepts, and that can even entertain [daughter] Max,” Zuckerberg wrote on Facebook. While Zuckerberg’s Jarvis is still a far cry from the one in “Iron Man”, such concepts do show just how far we’ve come with home automation in only a few short years. 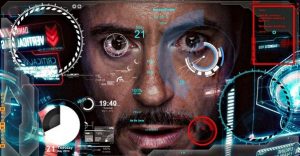 To handle all of this, intelligent sensors and cameras need to be fitted behind the screen which can detect one’s emotions and voice, track his movements, his eye movements, and his heart rate. The detection thing, thanks to the technology of present times, is very much up to the mark of Tony Stark’s suit. But to process the data, an intelligent AI is required. The AI of today is smart enough to handle most of this data, thanks to Machine Learning. And we would probably have such an AI within a decade, which can give some tough competition to J.A.R.V.I.S. Recently, Google, Sony, and Samsung have filed patents regarding the functionalities of Smart contact lenses, where it displays the information and also sends the recorded information to the phone if you want to. Who knows what the future holds, maybe one day we could interact with the A.I. in the same way as Tony does with F.R.I.D.A.Y.?

They are units connected to the power source, to get its energy, which can be used as a light source as well as a weapon. Its primary function is propulsion. The repulsor style of energy is created by taking excess electrons and turning them into muons, which can penetrate deep into the atomic matter, are then fed to the hands and chest piece of any iron man suit. The suit then can generate the powerful blasts by generating plasma through an electric current and firing the plasma and muons, by utilizing their electromagnetic properties. The plasma generated from the repulsors can be used as a thrust similar to certain space rocket engines. When used for propulsion, multiple repulsors can attain flight through correct and maintained flight stabilization. Research is underway to improve the efficiency and decrease the size of repulsors. 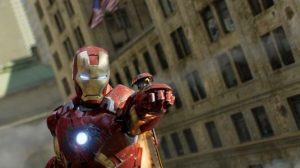 These are the machine masterpieces that can detect enemies, lock their aim on them, and then follow them till there is a huge bang of destruction! Such missiles are already present in the next-gen fighter planes, with aim, lock and follow. Currently, the problem with the repulsors and the smart-missiles comes with its activation and deactivation which depends upon the person’s mood, implying that a lot of sensors and actuators are to be used. Thanks to machine learning, which simplifies the majority of the factors to do their job.

Perhaps the most important part of the suit, because simply, the technology for it doesn’t exist as of today and would take at least 2 decades to come into prominence. Our options-

1)Arc Reactor:- The arc reactor created by the MIT team is much bigger than the size of the suit itself. Not to worry, improvements on it has already begun and it’s optimized form is not far fetched. Though reducing it to the size of one in the movie is a tough task. Moreover, it can’t be self-sustained, i.e., we would need another small power source to keep the reactor going 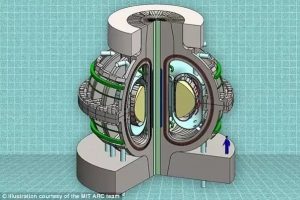 2) Miniature Fusion Reactors:-Currently our best bet, these reactors already exist, though only for military purposes. Fusion, for obvious reasons of being clean and abundant, is preferable over fission. 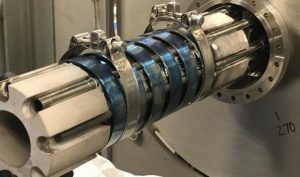 2)There is this Techie who had even started a company making some of the coolest gadgets ever(not only from the comics but in general) https://www.youtube.com/channel/UCjgpFI5dU-D1-kh9H1muoxQ 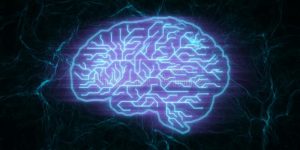